POPE FRANCIS IMPLORES CONGRESS TO ACCEPT ALL IMMIGRANTS AS THEIR OWN 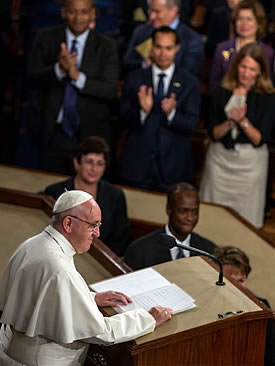 The Pope speaks to Congress about immigration
By Marc Fisher, Michelle Boorstein and Steve Hendrix | The Washington Post

Pope Francis, making history’s first papal address to the U.S. Congress, on Thursday implored America’s leaders to accept those born in other countries as their own children, urging lawmakers to set aside political differences and embrace people who “travel north in search of a better life.”

The pope wrapped traditional Catholic teachings into a celebration of American icons including Abraham Lincoln and Martin Luther King Jr., drawing lessons from their work to gently but firmly push Congress to move beyond the partisan paralysis that has blocked progress on immigration reform, climate change and other issues.

“Each son or daughter of a given country has a mission, a personal and social responsibility,” the 78-year-old pontiff said in heavily accented English. “Your own responsibility as members of Congress is to enable this country, by your legislative activity, to grow as a nation.”

President Obama watched the speech on television, according to White House press secretary Josh Earnest. “Pope Francis made the appropriate observation for the United States to live up to the high standards that we set for ourselves,” Earnest said.

The Capitol Hill call to action kicked off a second full day of gleeful crowds and emotional visits to Catholic institutions. The faithful gathered at the Apostolic Nunciature, or Vatican embassy, to greet the pope when he emerged. More lined the streets as his motorcade traveled to the Capitol, where thousands waited on the Mall to watch his speech on... 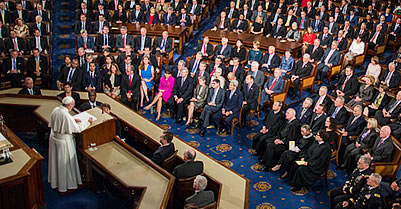 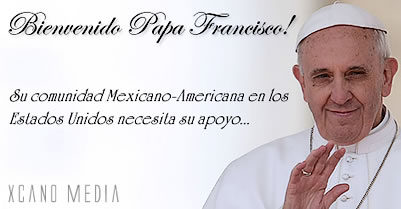 Pope Francis Is Bringing His Message Of Love To The U.S.A. 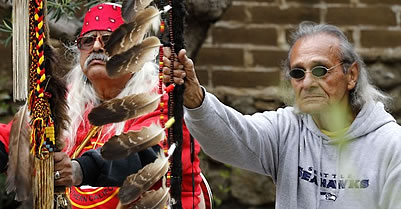 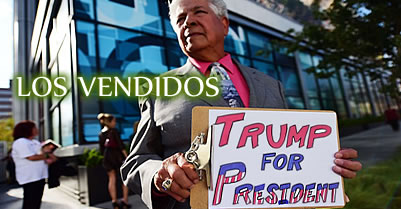 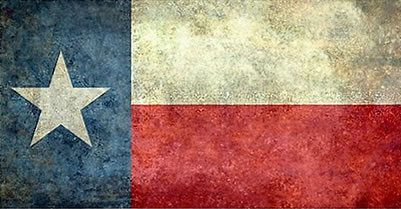 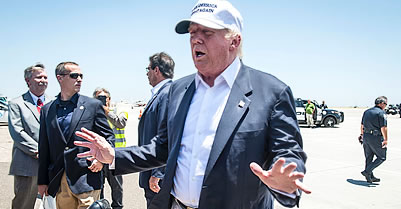 How Conservatives Created A Law To Villanize Mexican Immigrants
Read this complete article at: The Washington Post
Copyright © 2010- Mexican American News - a subsidiary of Xcano Media  •  About Us  •   Contact  •   Site Map  •   Social Media