A Different Labor Day For Texas

Labor Day this year is different from those of years past. This Labor Day year marks the 50th anniversary of the historic 490-mile march by South Texas farm workers from Rio Grande City to the Capitol in Austin.

The workers went on strike in the cantaloupe fields of Starr County (Texas’ version of plantations) demanding a minimum wage of $1.25/hour. They were only averaging $.40/hour - $.60/hour on a good day. They began on July 4 and traveled throughout the Valley, to Kingsville, Corpus Christi, San Antonio, and on to Austin, under the blistering summer sun and in torrents of rain. People put cardboard in their shoes as the soles wore down.

As they marched, more and more people joined them. Some walked all the way; some, only part. But they wanted to honor and support these workers — mothers and fathers, grandmothers and grandfathers — whose backbreaking work put food on the tables of Texans, at a pittance.

People along the way gave the marchers food and drink. Even cowboys from the King Ranch helped out with tacos. The dignity of the farm laborers and the justice of their cause moved their supporters. These were people marching for a better life for their kids and grandkids and for their community. Their message was that the injustice and indignity they, their parents and grandparents had long suffered and endured had to stop.

Then-Gov. John Connally, on his way to do some white-wing dove hunting, met the marchers in New Braunfels. He stopped his limousine long enough to tell them they should turn around and he would not “lend the dignity of his office” to a Capitol rally. Nor would he support their demand for $1.25/hour. He drove off, and the workers kept marching.

It was not an easy struggle. Nor was the march their hardest test. After returning home, they had to endure horrific brutality from the Texas Rangers in 1966 and 1967. The Rangers, led by the notorious Capt. A. Y. Allee, crushed the strike.

Magdaleno Dimas was beaten so severely that he suffered a concussion and spinal curvature. Alejandro Moreno, who later became a state legislator, was beaten in a striker’s home. The Rangers held the faces of Rev. Ed Krueger and Dimas within inches of a passing train in Mission. When arrested strikers shouted “Viva la huelga” (“Long live the strike”), a deputy sheriff, in cahoots with the Rangers, slugged the local union president and aimed a gun to his forehead. The farm laborers filed a civil rights case and, in 1974 the U.S. Supreme Court issued a scathing denunciation of the Rangers. Allee v. Medrano, 416 U.S. 802 (1974) ... 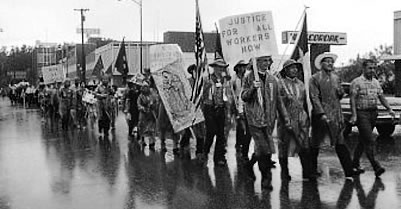 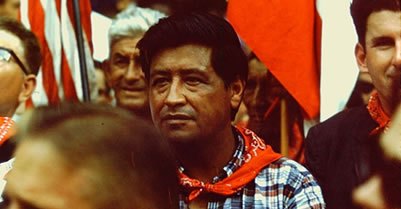 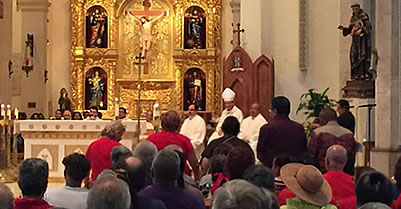 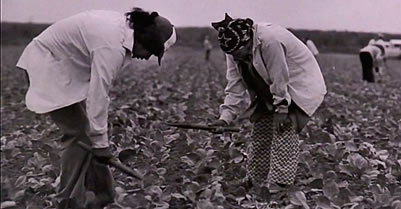