2006 Student Walkouts: An Example For The Youth of Today & Continued Media Shame 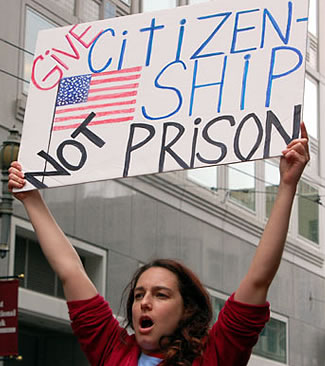 LOS ANGELES - On March 27, 2006, many tens of thousands of high school students from across the nation walked out of their classrooms to protest the U.S. congressional bill entitled, H.R. 4437. These mass assemblies seen in numerous demonstrations nationwide were solely organized by the students themselves and overwhelmingly comprised of U.S. born Latinos. However, they were not alone.

In the truest sense of solidarity, Asian, black, and white students from many cities joined in these demonstrations. These were our future leaders seen on full display.

Much like the Chicano student walkouts of the Sixties, these walkouts were filled with a fervor that existed in our youth of this time with a few main differences. These walkouts were much larger, more widespread, and not currently mentioned in any of our U.S. history books. They're also not remembered nor commemorated in any way by the great majority of most mainstream American news media organizations. In the ten years that have passed since these historic events took place much has been learned about how the word got spread for organizing these widespread nationwide walkouts. To be brief, it was through the usage of social media and the students' cell phones that the development of these demonstrations took place. In the Spring of 2006, MySpace.com was the dominant force in social media for Latinos in addition to other segments of the U.S. population. Inspired almost exclusively through an awareness and Internet sharing of La Gran Marcha ("The Great March") the largest protest demonstration in U.S. history which had occurred only two days prior on March 25, 2006, these student protestors took it on their own to emmulate what they had seen in their adult counterparts, many who had taken time from work to protest

with the students feeling the same to do this at their schools. Without reservation, I'm extremely proud to report that the nonprofit organization I headed back then, Unity Corps Inc., was seminal in getting the word out for La Gran Marcha via our MySpace.com group "City of Angels". In 2006 it had a membership of well over one million members. However, despite the urging of adult officials to remain in school, these students protestors did nonetheless peacefully take to the streets. While some may naively speculate that these demonstrations were prompted by Spanish language TV and radio; undoubtedly, this was not the case. Most people of the U.S. Latino community are fully aware that our children from the first generation(s) on are almost exclusively tuning into English language media as their first choice and more so English language websites for all their social connectivity. This is further evidenced by the fact that many of the protestors were non-Latinos and the signs were primarily in English for an American audience to see.

STUDENT WALKOUTS OF 2006 WERE MOST WIDESPREAD U.S. STUDENT PROTESTS SINCE WAR IN VIETNAM 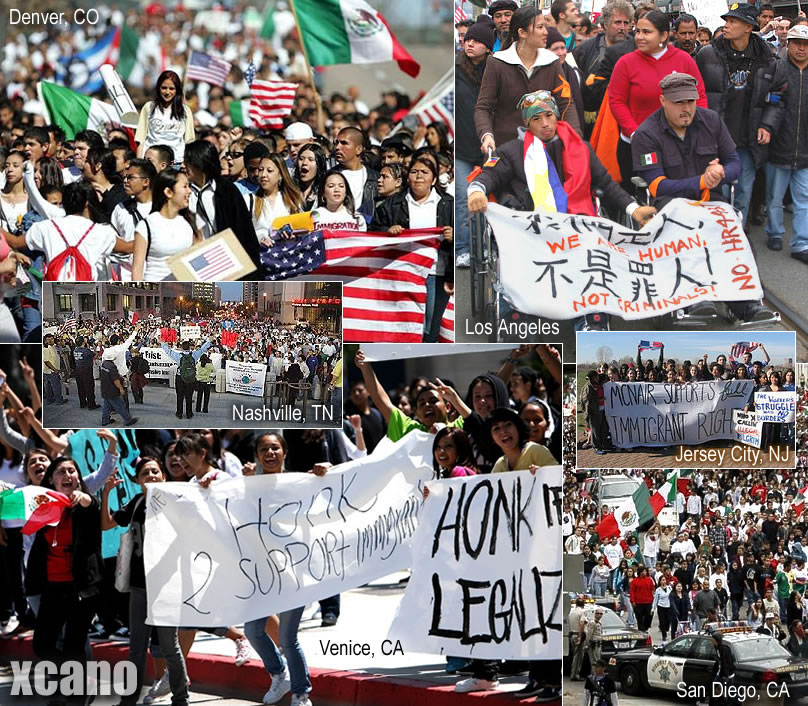