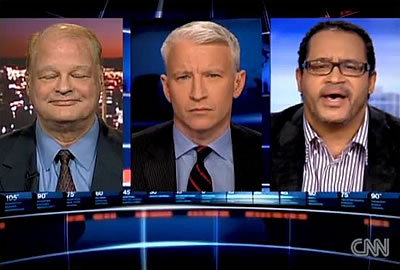 With little less than a month having passed since her signing of the controversial law SB 1070, which now requires all local police to operate as federal immigration agents, Governor Jan Brewer and her xenophobic posse of Arizona lawmakers are at it again. Adding more fuel to the fire in her state's growing reputation as the new epicenter of intolerance against Mexican immigrants, Chicanos, and any other 'non-white' ethnics who might desire to learn about their unique cultural experience and contributions to American society, Governor Brewer signed Arizona House Bill 2281 into law yesterday on May 12. According to its provisions, the immediate implication of HB 2281 is that beginning on January 1, 2011, all school districts and charter schools in the state "shall not include in its program of instruction any courses or classes" that: "Promote the overthrow of the United States"; "Promote resentment toward a race or class of people"; "Are designed primarily for pupils of a particular ethnic group"; or "Advocate ethnic solidarity instead of the treatment of pupils as individuals." Ironically, the signing of HB 2281 comes only one day after the United Nations issued an official rebuke of Arizona for producing a "disturbing pattern of legislative activity hostile to ethnic minorities and immigrants."

When being questioned about the logic of this new legislation on CNN, Arizona's Superintendent of Public Eduction and author of HB 2281, Tom Horne (shown with his eyes closed in pic above) stated the measure was necessary because Chicano Studies (which he and his supporters term "La Raza Studies" ~ apparently not knowing how to distinguish between the extremist political group affiliation of "La Raza Unida" and the established curricula of academia) is "contrary to American values". He further stated that it "divides students up by race" and promotes "ethnic chauvenism." Accusations of not allowing non-Latino students into Chicano Studies courses; a desire to promote disharmony between Chicanos, other Latinos, and all other non-Latino ethnic groups; and even sedition against the U.S. government have been hurled at many staunch advocates of ethnic studies. Angel Tenes, Executive Director of Unity Corps, a national nonprofit promoting ethnic unity since the L.A. Riots of '92, surmised the fallacy of these notions by stating, "Anyone who so chooses to be an ambassador of goodwill and harmony amongst the great diversity of people living in our nation would be hard pressed to not sound like a hypocrite when extolling the virtues of emphasizing the value of all individuals while enacting laws that would exclude whole ethnic groups. Politics aside, much of the identity of any individual is derived from associations with one's cultural background, whether that be with an ethnic group, the art or music in a place of their birth, or the spirituality one knew growing up in the home." As a past student of Chicano Studies, he continued by stating, "Ethnic Studies have an extremely important function in the schools. They allow for the teaching of different perspectives from many sub-cultural points of view, which are more often than not wholly excluded from the mainstream course materials of most American schools. It can only be a form of extreme ignorance or straight-out hatred of an ethnic group that would lead someone to suggest that access to more knowledge on the diversity of America's population is seditious as opposed to being in the best interest of this nation. If Mr. Horne truly wished to promote harmony amongst all in our society, I would suggest that he take a Chicano Studies course himself. In doing so, he might learn to appreciate the beauty of mi gente and our cultura... and our contributions to this great nation... instead of attempting to villify us while also creating more tensions and division in our society." Concurring with this sentiment is an expert in the field, Alicia Gaspar de Alba, Chair of the UCLA Cesar E. Chavez Department of Chicana/o Studies, who in a written statement noted that "The interesting thing about this law is that the State is blaming Chicana/o Studies for sowing 'resentment' against white America and they are basing their annulment of an entire field of studies on the old and tired argument that this kind of education creates animosity and divisiveness. What really creates animosity and diviseness is racism... Losing Chicano/a Studies in AZ or any other state in the union means a cultural regression to the McCarthy era, the pre civil rights days when people of color were expected to know their place at the back of the bus." Regarding the implications of Arizona's new law and the desire for reverting to backward trends, she implied we should all simply say, "No gracias!"