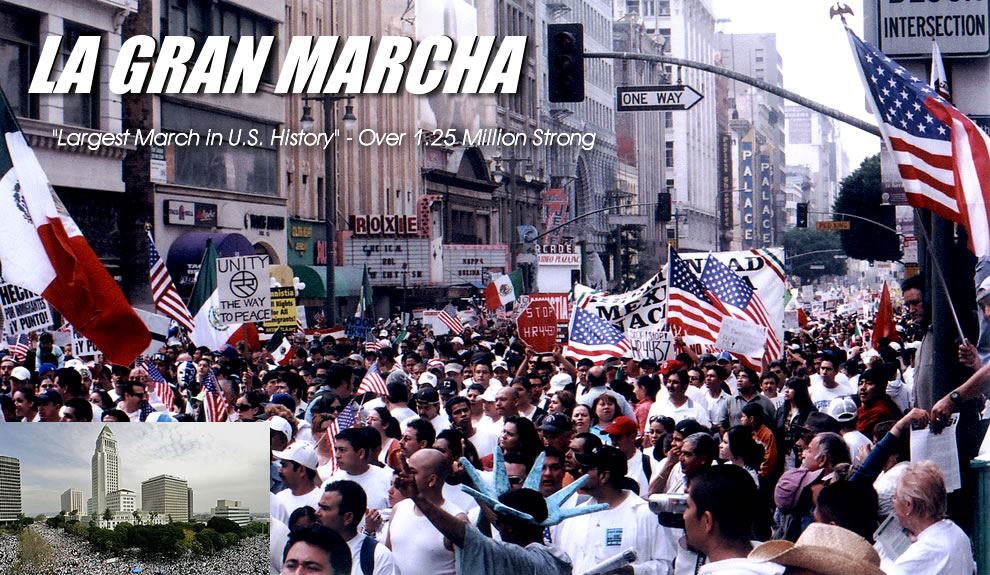 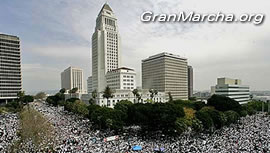 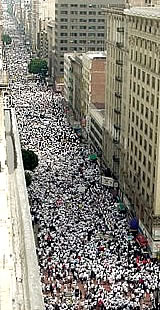 12 Year Anniversary of "La Gran Marcha" (a.k.a. "The Great March") and Today's "March For Our Lives" Coincide 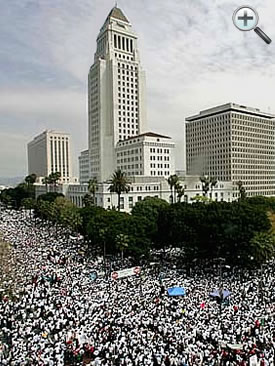 by the Editorial Board and Staff of Mexican American News - March 24, 2018

Tomorrow is the 12th anniversary of "La Gran Marcha" (also known as "The Great March") - the largest single public demonstration to 'ever' occur in the history of the United States.

On March 25th, 2006, over 1.25 million demonstrators took to the streets of downtown Los Angeles to demand the stoppage of U.S. Congressional Bill H.R. 4437, labelled as the "Border Protection, Antiterrorism, and Illegal Immigration Act of 2005". H.R. 4437 which had passed the House of Representatives on December 16, 2005 was quickly making its way through the Senate for a final ratification and signature by the president. If enacted into law, H.R. 4437 would have had an unprecedented negative effect on countless millions of people, both legal citizens and the undocumented immigrant alike. Some of the drastic measures included in this bill were: the felonization of "illegal aliens", i.e. the charging of undocumented workers and/or any others overstaying their visas with a felony as opposed to the misdemeanor staus that it still is; the creation of a new national U.S. citizen electronic chip ID card system - which would have taken away privacy for all people living in the U.S.; and the attempted solicitation of Native American tribal grounds for usage as detention and deportation centers for any persons charged with "foreign illegal alien" status.

Being that H.R. 4437 would have had such a devastating effect on many U.S. immigrant communities, public demonstrations were held in many U.S. cities both prior to and after Los Angeles. Although the crowds were overwhelming Latino in composition, the Asian American community did participate in smaller numbers. Chicago's held the first major demonstration against H.R. 4437 on March 10, 2006. (reference: Wikipedia article link) 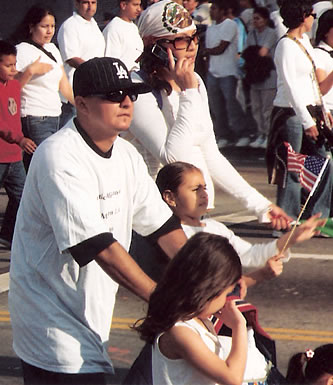 As of this moment, while this article is currently being written, the description of "largest protest demonstration in U.S. history" has the potential of being taken away from La Gran Marcha (The Great March) which occurred on the streets of Los Angeles in 2006, and passed onto the March For Our Lives being held in Washington, DC right now today. Similar to the massive protest demonstrations which occurred as a push-back against the Congressional Bill H.R. 4437 and an attempt for immigration reform in 2006, the March For Our Lives is also occurring in many cities throughout the U.S. today. In order to determine which of these two series of demonstrations will eventually have the distinction of being largest in U.S. history, a comparative image analysis will have to be done comparing the counted numbers seen in aerial photographs. Current estimate for the March For Our Lives rally in Washinton DC is at over 500 thousand, which is identical to the original estimate for La Gran Marcha prior to aerial photographic inspections.

Unlike La Gran Marcha which received little to no mainstream U.S. national news coverage, the March For Our Lives is being broadcast live to the world via the CNN, CSPAN, MSNBC, and Fox cable TV news channels. La Gran Marcha was only covered by the U.S. Spanish language networks Telemundo and Univision.

Of all the remarkable things that La Gran Marcha accomplished, one of most impressive statistics aside from currently still being the single largest protest demonstration in U.S. history, is that, it was absolutely peaceful with the L.A.P.D. reporting that there wasn't even one single arrest at the event. La Gran Marcha should be included in the curriculum of every U.S. history class as no doubt today's March For Our lives will be. Hopefully, today's events will help it be. 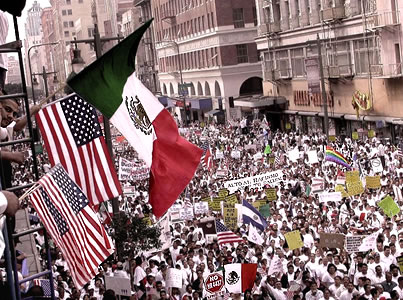 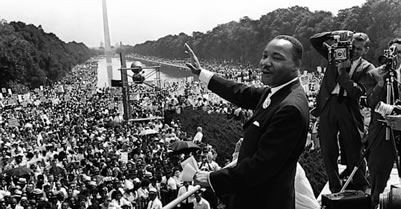